Kayak Weight Limit: How Much Can a Kayak Hold? 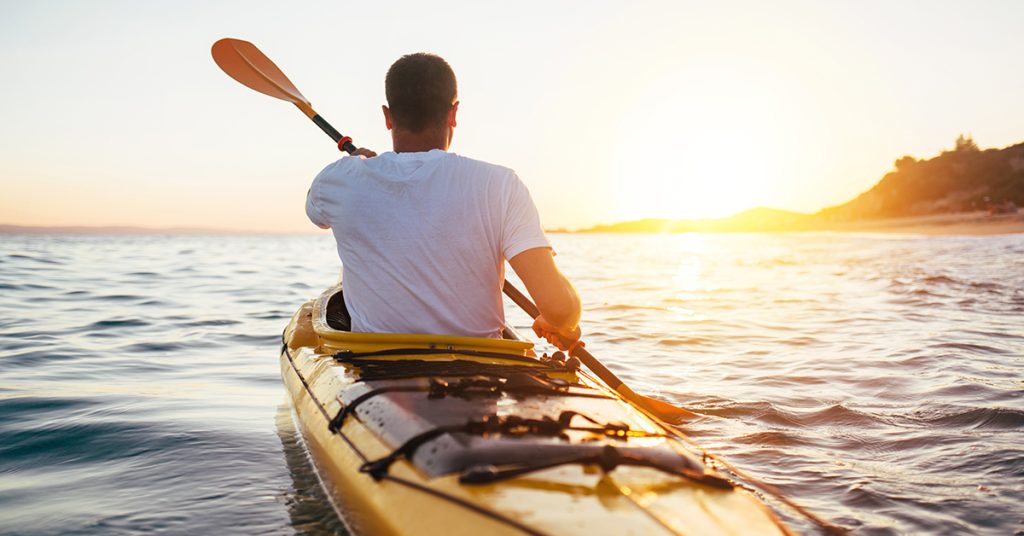 One of the most commonly asked questions by kayakers of all stripes is ‘What kayak weight limit should I get?’. It’s one of the first things you’ll need to consider when picking out a kayak, as an overloaded craft will not perform optimally, and can even capsize easier.

Unfortunately, there isn’t a clear universal standard for measuring kayak weight limits. Each manufacturer provides its own maximum weight capacity, but there is some variation in the way they arrive at this number.

With that in mind, the manufacturer provided weight limit indicates the maximum weight the kayak can hold and still stay afloat. This is not the optimum load for that kayak, and loading it up to the maximum will negatively impact efficiency and maneuverability in the water.

I’ll break down kayak weight limits in more detail, so you’ll know exactly how much weight a kayak can hold.

As mentioned previously, loading a kayak up the absolute maximum will result in poor overall performance in the water. The craft will stay buoyant but will suffer from several performance issues.

Think of it like loading a pickup truck bed with a 2,500 lbs. capacity all the way up to the max. The truck will still drive, but it’ll be slower, more stress will be placed on the engine, and fuel efficiency will be negatively impacted.

Similarly, when a kayak is loaded up to max capacity, it’ll sit much lower in the water, creating sluggish movement. The craft will be more difficult to paddle, will sacrifice maneuverability and stability, and will be more likely to get you wet while paddling.

So what’s the right weight to load in a kayak?

The ideal maximum load for a given kayak is about 25 – 30% less than the manufacturer’s maximum capacity. Of course, you can load it up less than that, but more than that number is where you’ll start to see a large dip in overall performance.

What Impacts a Kayak’s Weight Limit?

So what goes into determining the actual weight limit? How do manufacturers arrive at this figure in the first place?

So now you have a good idea of the optimal maximum load for a kayak. But what about the performance weight limit? In other words, how much can you load up a kayak and still have optimal performance?

Unsurprisingly, this number is lower than both the manufacturer’s max weight limit and the optimal maximum mentioned above.

While the exact figure will differ slightly from one kayak type to another, the performance weight limit is generally 65% of the manufacturer’s maximum weight capacity. Here’s the formula for calculating it on your own:

Some manufacturers will include this number in the specs as well as a maximum weight limit.

Keep in mind when performing this calculation; you’ll want to consider the total weight of everything inside the kayak. This includes gear, supplies, kayak paddles, and of course people.

In case you’re a little confused about the application of these calculations, let’s take a look at a real-world example.

Dave weighs 180 pounds and normally kayaks with 30 pounds of gear and supplies. He wants a kayak with enough weight capacity to transport all his gear while not sacrificing any performance. What maximum kayak weight limit should he look for?

According to this, Dave will need a kayak with at least 323 lbs. of manufacturer stated max weight capacity.

As you can see from the above example, you end up sacrificing quite a bit of the manufacturer’s stated weight capacity. This is often not well understood by new kayak buyers, and many of these folks end up buying a kayak with an inadequate max weight capacity.

If you happen to have a kayak with too low of a weight capacity, there are a few things you can do to boost this up. Installing some type of outrigger will increase buoyancy and stability, while flotation bags placed in the bow and stern will also increase flotation without any added bulk.

Now that you have a solid understanding of kayak weight limits, let’s take a look at some of the most common kayak types and their respective weight limits.

Recreational kayaks are designed for casual paddling in calmer waters and tend to favor stability over maneuverability and efficiency. The design is focused on making beginners feel comfortable in the water, so they’re generally wide and feature a high level of primary stability.

They’re often the first kayak beginners have experience paddling, and generally have a weight limit between 200 and 350 pounds.

Touring kayaks are longer, sleeker kayaks designed for long-distance paddling in a variety of different water conditions. They’re suitable for use in rough weather and can handle the rough and tumble of ocean paddling.

Due to their use in multi-day trips, touring kayaks need to hold a large amount of gear. Plenty of gear can be stored inside the stern and hull, while not impacting the kayak’s speed or efficiency significantly.

Fishing kayaks are tough, stable craft intended to be used as steady fishing platforms. They generally feature extra-wide beams, to provide the stability needed while standing up to cast off.

Fishing kayaks also need to have more weight capacity than other kayak types. They need to be able to hold plenty of fishing gear, rods and reels, and even trolling motors. Also, the added weight and stability means you’ll have the ability to fight and catch larger fish without capsizing!

Tandem kayaks are kayaks designed for two paddlers to use at the same time. They can be either sit-in or sit-on-top designs and are typically much longer and wider than solo kayaks.

Tandem kayaks are often in the 12 foot+ range, so naturally, they have significantly higher weight capacities than other kayak types.

Last, but not least we have inflatable kayaks. These craft a come a long way in recent years and are a viable option for anyone looking for a highly portable and lightweight kayak that can be transported in a small duffel bag.

Inflatable kayaks vary widely in terms of design, features, and overall quality. However, due to their highly buoyant design, they tend to have higher weight capacities than comparable hard-shelled kayaks.

In fact, it’s not uncommon to find inflatable kayaks with 500+ lbs. of maximum weight capacity.