While they might not get the same level of attention as their larger pike and musky cousins, chain pickerel make for some exciting fishing – and are deserving of some attention. Like their well-known relatives, they’re highly aggressive, and will strike with ferocity at a wide array of lures and bait.

Despite being considered an invasive species in many areas, chain pickerel make for excellent fishing as well as fine table fare. They’re the smallest fish in the Pike family, and like their larger cousins, feature prominent Y-bones that need to be removed during filleting.

Let’s take a look at this aggressive predator in more detail – so you’ll be well prepared to locate, catch, and cook chain pickerel.

The average sized fish is between 15 and 24 inches long, with rare fish reaching 30 inches and 7 pounds. They have large jaws, slender bodies, and long, broad snouts filled with sharp teeth. The entire jaw and cheek area is scaled and there are seven to eight pores under the jaw.

Most fish live approximately 8 years long, with some living 10 years or more. Because they’re so aggressive when hooked, they’re a favorite of many sport fishermen – and they often get caught while bass fishing.

Chain pickerel prefer clear, weedy water in lakes, ponds, and reservoirs. As their ambush predators, they require some form of cover to hide in wait for baitfish. They can often be found near vegetation, fallen logs, under docks, and other man-made cover.

They prefer warmer temperatures in the 70° F range, and will move throughout the body of water to find their preferred water temperature. In the warm summer months, they’ll move away from cover near the edges to deeper waters. During the fall, when temperatures begin to drop, they’ll head back to shallower water above 10 feet deep near the water’s edge.

Chain pickerel’s natural range was the Atlantic and Gulf coast tributaries throughout the south and east coast. It’s native from Maine down to southern Florida, all along the gulf coast, and as far west as east Texas.

Nowadays they can be found as far north as northern Michigan, and the Canadian Provinces of New Brunswick, Nova Scotia, and throughout Eastern Lake Ontario and the upper St. Lawrence. It’s considered an invasive species in the north, and efforts to eradicate it in certain bodies of water have been undertaken to protect the native species.

As they’re closely related to Northern Pike and other pike, they exhibit similar ambush-style behavior. They’re voracious eaters, and will readily take just about any food available. In addition to baitfish and crustaceans, they’ll readily eat frogs, newts, insects, and even mice and small snakes.

As they’re primarily sight-based predators, they like to hunt in clear water during the daylight hours. They’re highly opportunistic, and will strike at any that happens by them. This makes them fairly easy to catch with a variety of brightly colored lures.

They spawn in the early spring when temperatures reach the 40 to 50° F range, attaching 3-foot-long ribbon-like egg strands to submerged vegetation. The female lays the eggs and then abandons them, and neither the male or female sticks around to guard the fry.

How to Catch Chain Pickerel?

Due to their aggressive nature, finding and catching chain pickerel is not all that challenging. They like brightly colored and metallic lures like spinners and spoons, but will also strike at nearly any lure type.

When you’re fishing thick weed beds, lily pads and other cover, weedless lures will make casting and retrieving much easier. They’re great fighters on light spinning tackle, and are for my money are as much fun to catch as their larger Northern Pike cousins.  As they’re fairly active year-round, they’re often caught by ice fishermen, even in the coldest parts of winter.

Live bait are another highly effective way to land chain pickerel. Drifting, trolling, or casting 2 to 4-inch minnows behind your boat presents an enticing target for any pickerel out there.

6 to 12 lb test line will work well for pickerel, and dragging your lure through weeds should produce results in short order. Make sure to use a short steel or heavy mono leader, as pickerel possess teeth sharp enough to slice through most lightweight line.

Also, you’ll want to use caution while handling them, as they can be pretty slimy, and can cut up your fingers as you remove a hook. A good fish hook remover can come in handy here.

How to Clean Chain Pickerel?

While many anglers catch pickerel for their exciting fight, they can also make an excellent meal. The flesh is similar to other Pike species, being light, flaky, and delicious when cooked.

Like other pike, chain pickerel have the same prominent Y-bones that make them a little challenging to clean and fillet.

If you want a visual explanation of the process, check out this in-depth video: 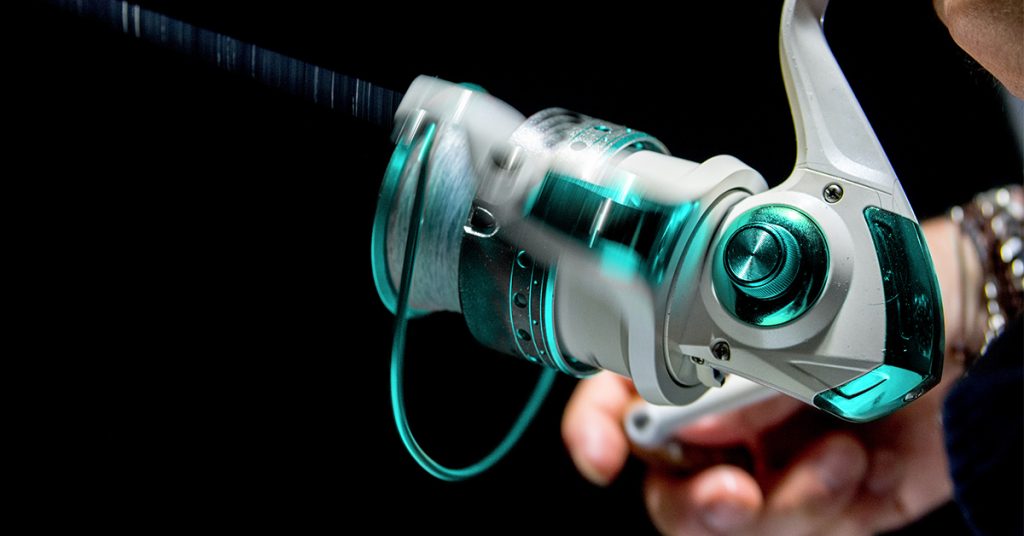